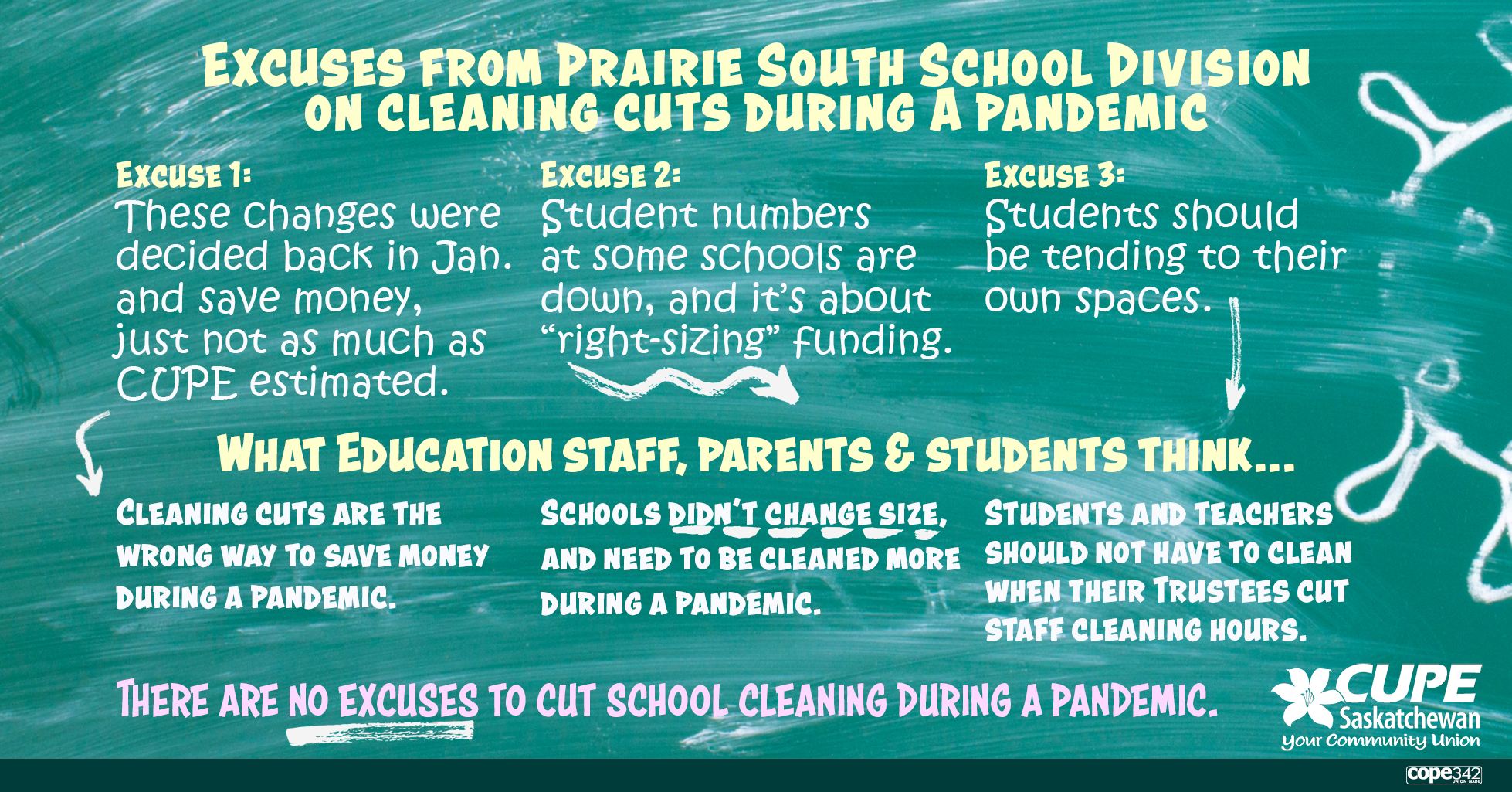 In a recent Regina Leader-Post article published online on August 19 and in the paper August 20, titled: “Prairie South SD says safety not impacted by cuts”, the chair of Prairie South Schools Board of Trustees, Robert Bachmann, has finally responded to the growing concern shared by parents and staff about the decision to cut over 20 hours of cleaning per day in Moose Jaw area schools. Bachmann is claiming that somehow cutting cleaning hours during a pandemic isn’t a safety risk. It’s a claim that just can’t be backed-up, and the excuses as to why it is occurring just don’t add up, says CUPE.

“There is no excuse to justify cutting school cleaning during a pandemic, and cleaning hours in Prairie South School Division should be restored and enhanced before the doors open for back-to-school in September,” says Judy Henley, president of CUPE Saskatchewan, in response to the article and the comments by the Division’s Board chair.

In the article, the Board chair made several excuses.

Excuse One: These changes were decided back in January and save money, just not as much as CUPE estimated it does.

Excuse Two: Student numbers at some schools are down, and it’s about “right-sizing” funding.

Excuse Three: Students should be tending to their own spaces.

What can you do?

Concerned parents are invited to join CUPE by contacting the Trustees of the Prairie South School Division and their MLA to say:

There are no excuses to cut school cleaning during a pandemic.