Each year, delegates from affiliated CUPE Locals Unions gather at the Annual Convention of CUPE Saskatchewan Division to set the direction and determine priorities for the year ahead, hear reports on the vital work being done by our union, elect members to leadership positions, approve financial statements, and engage in important policy discussions on the issues facing CUPE members and the public services we provide to Saskatchewan communities. 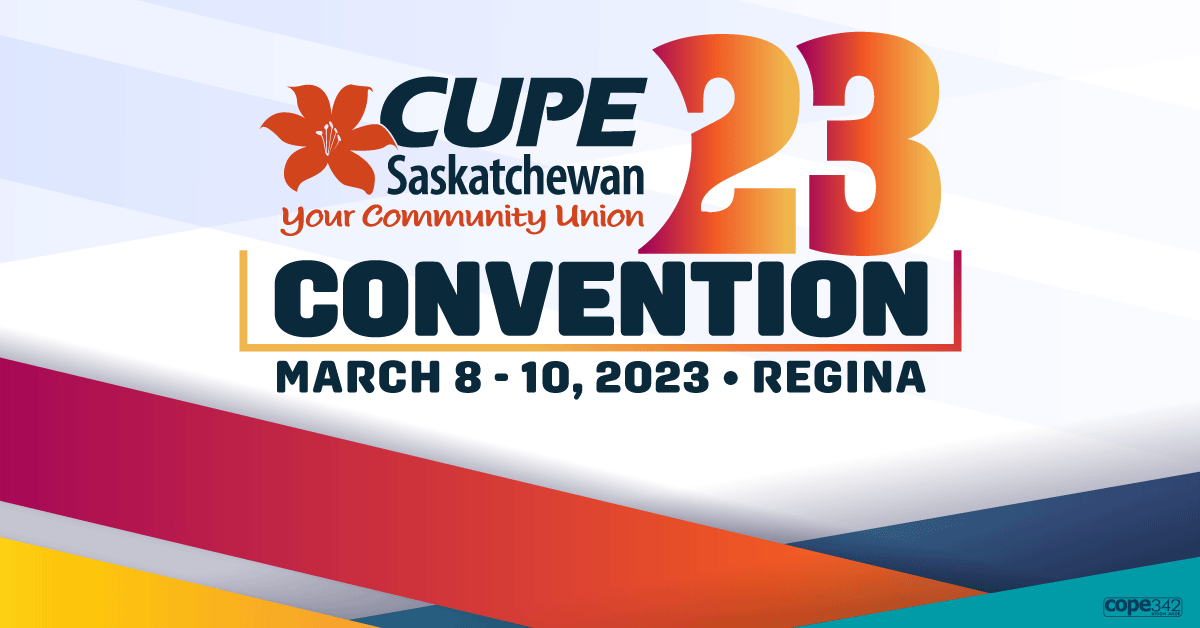 The next annual convention of CUPE Saskatchewan will be held on March 8 – 10, 2023, in Regina.

Local Unions may begin to consider their delegate representation.

Credentials assigned to your Local Union and the Additional Young Worker Credential(s) are included in your official Convention Call package in original paper copy.

Resolutions or proposed constitutional amendments for consideration at convention are to be submitted to the CUPE Saskatchewan office by or before Wednesday, February 1, 2023 at noon.

All resolutions and constitutional amendments must be signed by the President and Secretary of a Local Union or chairperson and secretary of an occupational group or council.

On-site child care will be made available during the convention proceedings for those who provided pre-registration of their child care needs by February 1, 2023.

Accommodation is available under a group rate at the Delta Hotel in Regina located at 1919 Saskatchewan Drive— the hotel where the convention will be held.

The block booking rate at the Delta Hotels Regina is available until February 1, 2023.

CUPE Saskatchewan offers financial assistance to small Local Unions with a membership of 50 full-time or equivalent members or less to participate in the Annual Convention.

The Woodrow Stanley Lloyd Award for Collective Action is awarded by CUPE Saskatchewan to a group (CUPE Local Union, a committee or group of outstanding individual members) responsible for a remarkable achievement, a tremendous contribution or exceptional activism.