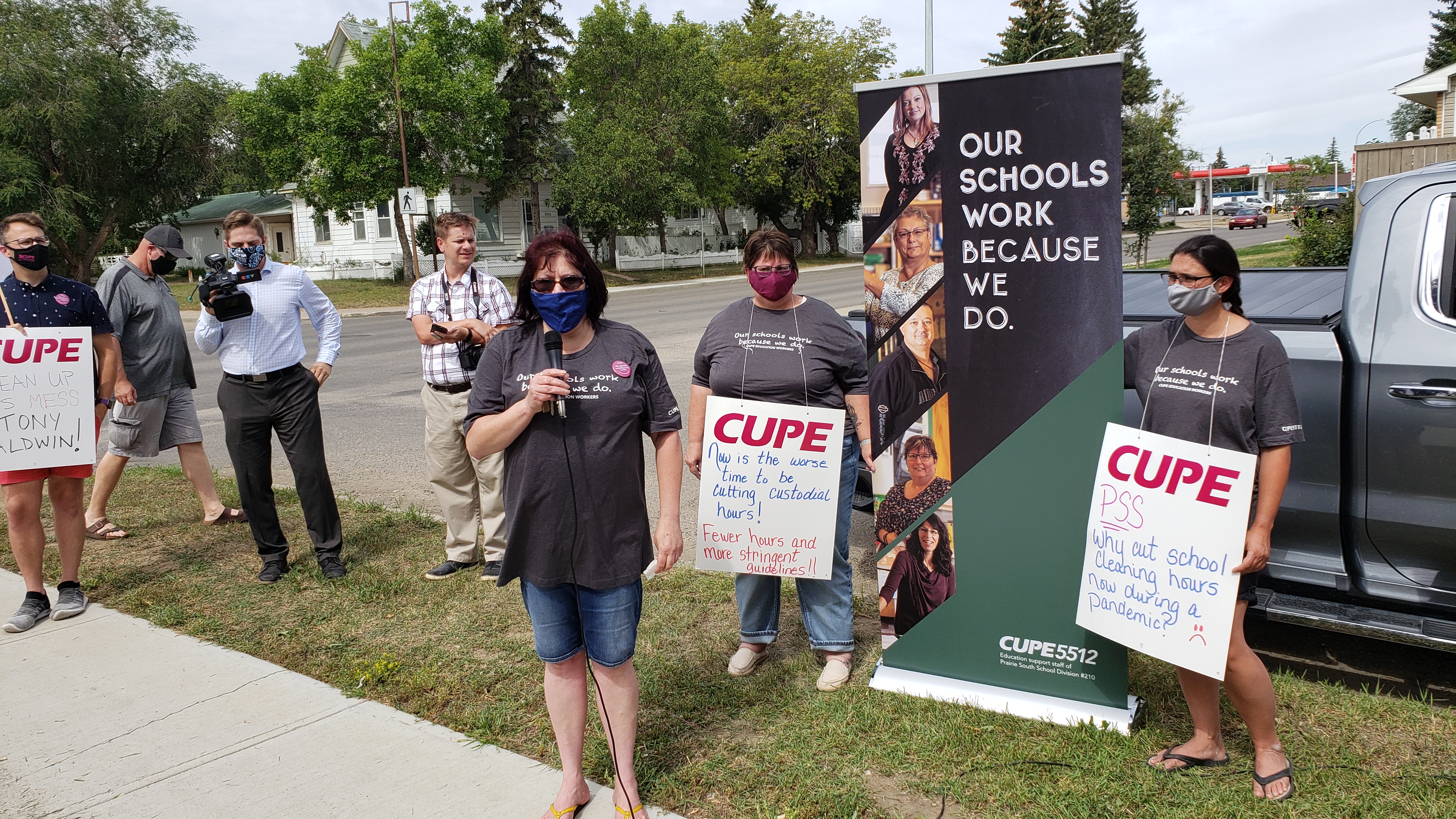 Last week, Minister Gordan Wyant said that school divisions were able to access the province’s $200 million contingency fund, but that “no school division has asked for any additional funding at this point in time.” Yesterday Moe announced that a paltry $40 million of this funding would be available to school divisions – but only on an application basis.

An additional $40 million shared by over 800 schools does not go very far in ensuring safe environments for our students and staff.

When Moe was asked if this funding can go to improving school HVAC (ventilation) systems, Moe stated his government spent lots of money on 65 new schools and capital projects including improved HVAC systems. This is hardly something to boast about, as hundreds of schools still need improvements to ventilation.

Moe says that each school will announce their individual plan on August 26th. That means we have one extra week before students return to school. One week of extra time to do what? The only guidance or direction coming from our government is for staff to figure out a way to prepare students as young as six on how to manage their personal responsibility to reduce the spread of COVID-19.