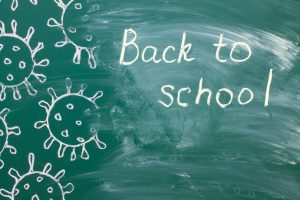 With the province set to announce finalized K-12 education plans after the August long weekend, the province’s largest union representing over 7,000 education support workers says that a return to in-classroom learning for the upcoming school year in September is too rushed to ensure the safety of staff and students – especially since education support workers have been left out of the Education Response Planning Team reviewing those final plans.

“The final review of the re-open plans from school divisions set to be announced next week leaves out the very support workers that are key to the effective and practical operations of those plans – from cleaning, to supervision, to the transportation home in the school bus. You can have plans on paper, but the fact is the government has left out front-line support workers and there is inadequate time to receive orientation, prepare and test these so-called final plans,” said Jackie Christianson, chair of the CUPE Saskatchewan Education Workers Steering Committee and an educational assistant.

The union is also concerned with the province’s chaotic approach to acquiring personal protective equipment (PPE) and supplies for schools. Individual school divisions were left to acquire supplies on their own, while a provincial government tender was later issued and coincides with the federal funding announcement through the Safe Restart Agreement. The provincial tender also places the education sector as a lower priority for supplies.

“Rushed implementation to full in-classroom learning leaves significant doubt that education staff and students will be properly protected from the virus,” said Christianson. “Similar to the head-shaking suggestion this week that school workers should now be expected to take on the extra work of election polling stations in schools this fall, the government’s planning for schools needs a reality check from the front lines: we are stretched thin, we are being left without the safety protections needed from the virus, and we are not being heard.”