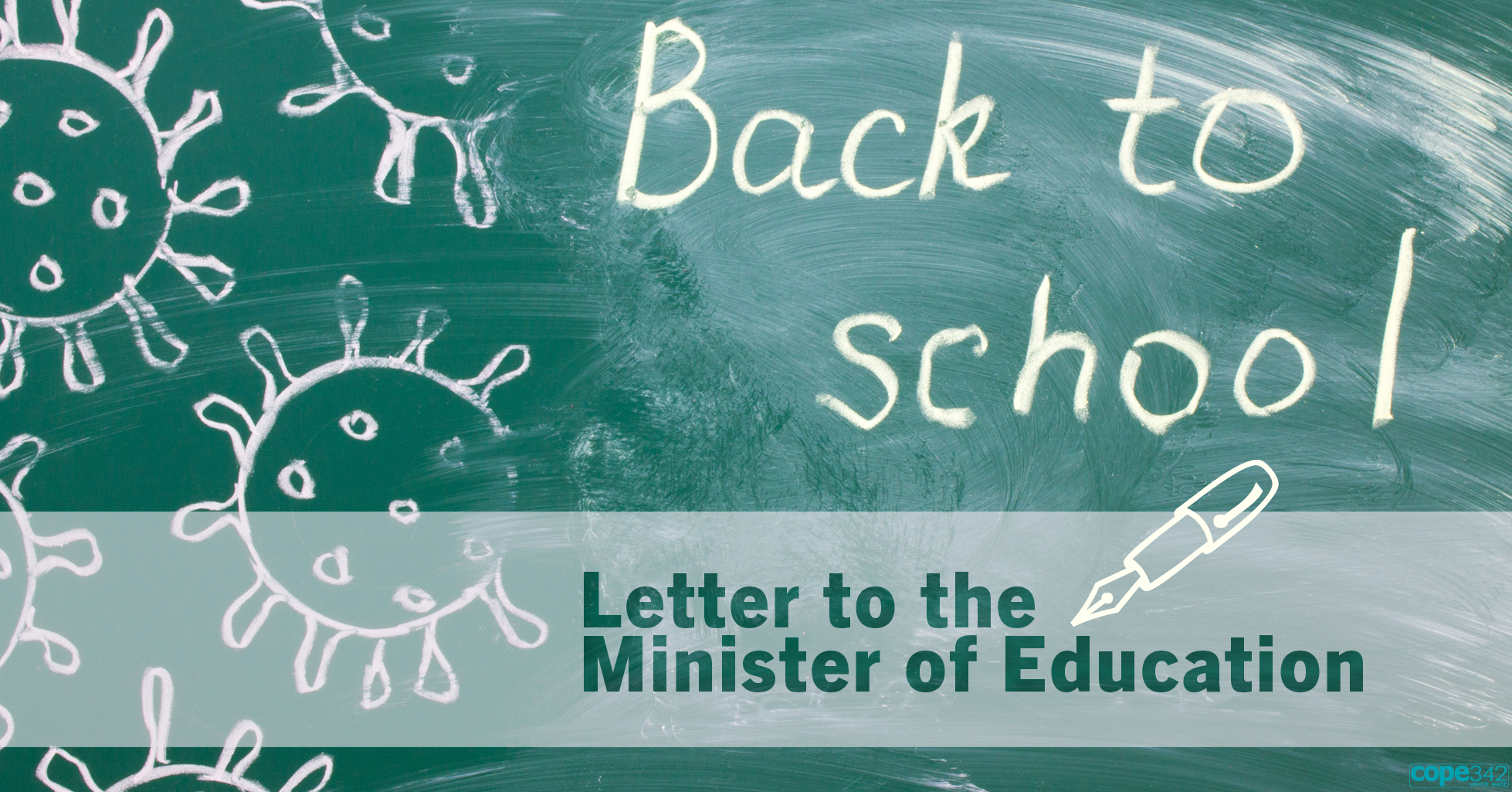 CUPE Saskatchewan and its Education Workers Steering Committee have written a letter to the Minister of Education expressing concern over the final stages of planning to re-open schools this upcoming school year in September, highlighting the conditions that prevent a safe return with full in-classroom learning. The letter was issued today as The Regina Leader-Post reports that Saskatchewan is experiencing the most severe surge of COVID-19 cases in Canada.

“The final review of the re-open plans from school divisions set to be announced next week leaves out the very support workers that are key to the effective and practical operations of those plans – from cleaning, to supervision, to the transportation home in the school bus.”

“Two weeks before the new school year is simply not enough time to get the most important health and safety protocols right the first time to protect our lives. Furthermore, many support workers report they will not be given extra work time to prepare for this unprecedented new school year beyond the average preparation time they would typically receive.”

“Similar to the head-shaking suggestion this week that school workers should now be expected to take on the extra work of election polling stations in schools this fall, the government’s planning for school re-opening is in need of a reality check from the front lines: we are stretched far too thin, we are being left without the safety protections needed from this coronavirus, and we are not being heard.”