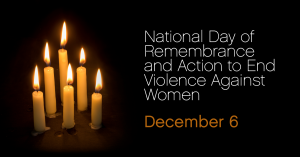 Canada’s labour movement has shown leadership in making workplaces safer for women and advancing the well-being and rights of women in all areas of society. It’s at the heart of what we do.