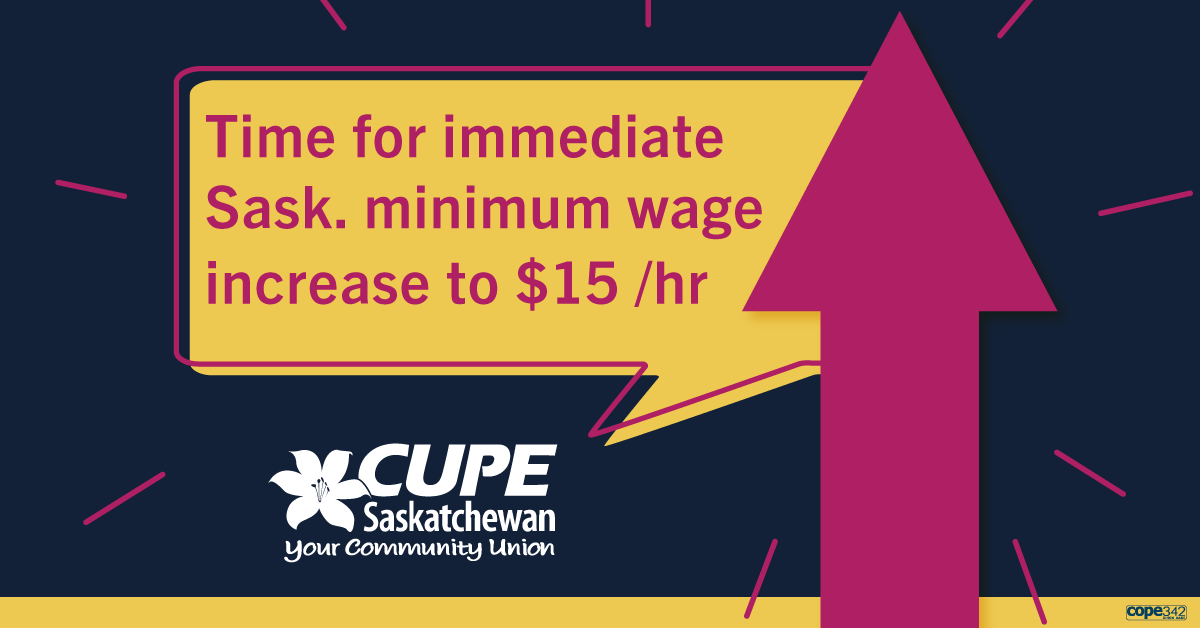 CUPE Saskatchewan is calling for an immediate increase of the minimum wage in Saskatchewan to $15.00 per hour.

The renewed call comes after the government announced it will increase the minimum wage, but not until October 2022 and only to $13.00 per hour.

“Saskatchewan workers need relief now, not in months or years from now. At $11.81 per hour, full-time workers can’t afford the basic costs of living and are increasingly relying on food banks to feed their families,” said Judy Henley, president of CUPE Saskatchewan.

Saskatchewan currently has the lowest minimum wage in Canada at $11.81 per hour, $2.19 short of Canada’s average minimum wage of $14.09 per hour.

“Many of Saskatchewan’s low-wage workers are those who have been on the front lines throughout the pandemic. They have continued to serve our communities despite the many risks and challenges. Now, they are the ones feeling the impact of inflation most acutely. The government needs to do the right thing and pay workers fairly, and they need to do it today,” added Henley.

CUPE Saskatchewan is the largest union in the province and represents over 30,000 workers in health care, education, universities, community-based organizations, childcare, municipalities, libraries, social services, boards and agencies and many more.