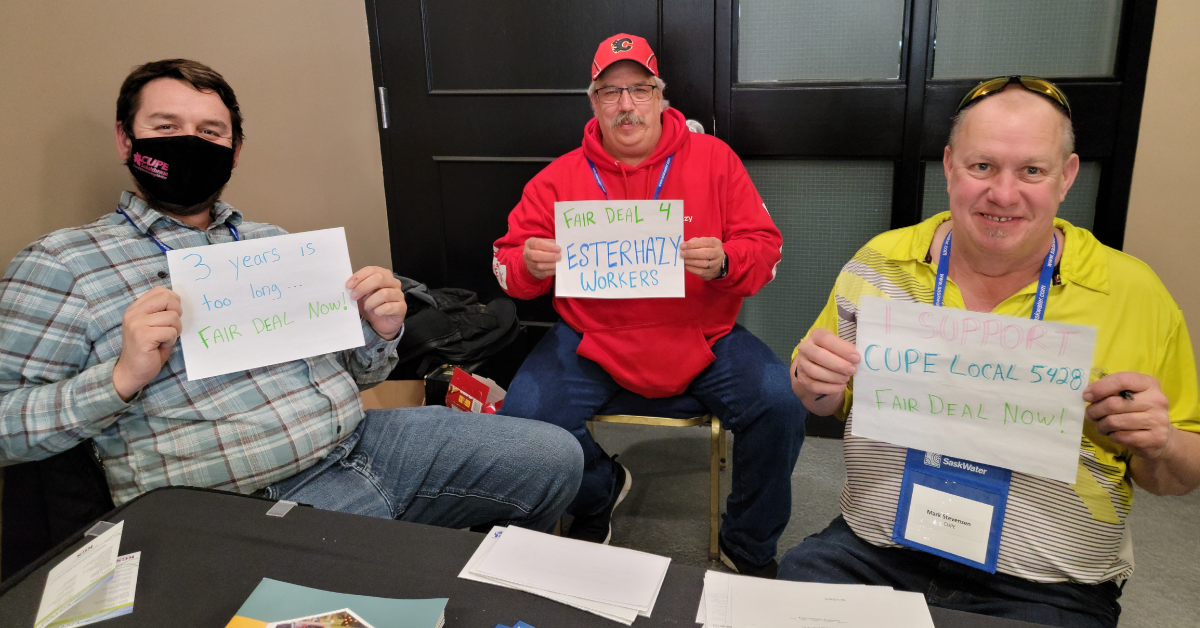 CUPE represents over 5,000 municipal workers in 40 locals across Saskatchewan. Among these locals only the Town of Esterhazy is not protected by a collective agreement.

“Three years is too long to go without a collective agreement,” said Dylan Breland, Vice-president of CUPE Saskatchewan and a member of the MESC. “We are here today to urge the Town of Esterhazy to make bargaining a first collective agreement a priority. We also want to show the members in Esterhazy that Canada’s largest union has their back.”

The local has been without a contract since they voted to join CUPE in April 2019. The employer has been refusing to negotiate a fair first collective agreement. Earlier this year the Ministry of Labour appointed a mediator to help negotiate an agreement, but little progress has been made.

Want to show support for the workers in Esterhazy? Share your own photo!