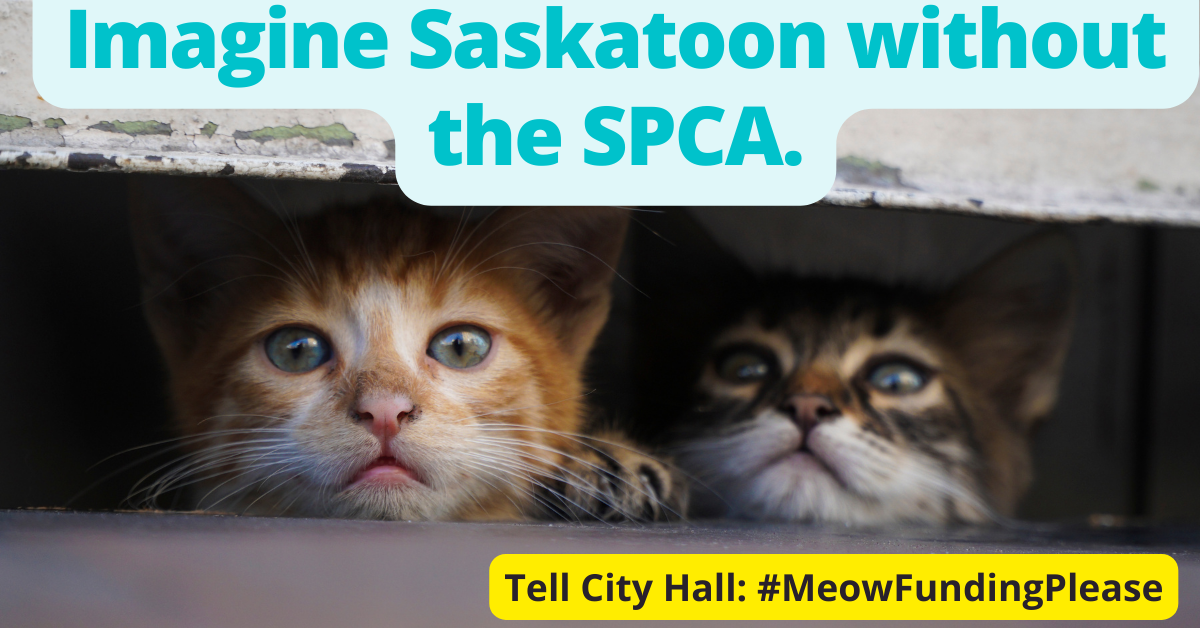 CUPE Saskatchewan is calling on the City of Saskatoon to provide the SPCA with the funding needed to provide pound services for Saskatoon’s lost, abandoned, and homeless animals.

“The Saskatoon SPCA provides an important public health and safety service for the largest city in the province,” said Judy Henley, president of CUPE Saskatchewan. “The hard-working staff of the SPCA, represented by CUPE Local 3477, are dedicated to improving the quality of life for Saskatoon’s animals through education, adoption, and upholding animal welfare legislation.”

As Saskatoon continues to grow, so has the demand for pound services. But funding from the City of Saskatoon has not kept pace. The SPCA is only receiving 37 percent of the funds needed to operate the pound from the city.

“Without an immediate increase in funding from the City of Saskatoon, the SCPA has said they will no longer be able to provide pound services for the community,” added Henley. “This would have a devastating impact on CUPE members, but also the vital services the SPCA provides to the city.”

The request for an increase in funding will be taken to the Planning Committee meeting scheduled for April.

CUPE Saskatchewan is asking concerned residents of Saskatoon to send a message to city council to support the SPCA’s call for a cost recovery funding model.

To find more information including ways to take action, click the link: https://cupe.ca/save-saskatoon-spca