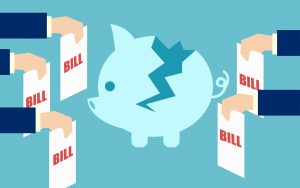 We can’t afford a government that insists on behaving in a financially irresponsible manner by outsourcing the financing and maintenance of our public infrastructure for private profit and public loss, writes Angella MacEwen, CUPE Senior Economist.

The Sask Party has a history of making decisions they claim are fiscally responsible but end up costing the people of Saskatchewan more in the long run.

Their track record on building infrastructure is a prime example. It’s cost us more, delivered less, and pushed out local businesses in favour of larger firms from Alberta or overseas.

A truly financially responsible decision considers the benefits along with the costs. By investing in infrastructure through the failed P3 model, the Sask Party has shown they embraced privatization without fully evaluating the costs and consequences, even when the auditor makes them show their homework.

Since 2012, SaskBuilds has undertaken four P3 projects. The most notable are the scandal-prone Regina Bypass, where costs ballooned from $400 million to $2 billion, and the hospital in North Battleford that has been plagued with problems since opening last year. A 2015 provincial auditor report roundly critiqued SaskBuilds’ formula for justifying P3 projects as unbalanced and lacking transparency, and required a public cost benefit analysis for approved projects.

In the case of the Saskatchewan Hospital North Battleford, the ‘value for money’ formula used to justify privatization was biased and fundamentally flawed. It attributed benefits to the private model that would also exist in a public model, like using a multi-level design to reduce the overall footprint of the building.

Multiple companies working together on the project with no government oversight between stages was supposed to save us money and avoid delays. Conveniently, some risks of the hospital project were only deemed relevant to the public model, making the P3 seem better to the tune of $90 million.

A recent audit of the hospital identified 200 problems, on top of the roof that has already needed to be replaced and the high copper and lead levels in the drinking water. These issues include gaps in insulation, problems with exits, limited sprinkler coverage, and generally “rushed work” and “inconsistent quality control”.

The CEO of SaskBuilds attributes part of the failure to the fact that there were ‘a lot of players involved’, and no single point person from government to monitor potential deficiencies. That is exactly what SaskBuilds claimed was the advantage of the P3 model in their cost-benefit analysis.

And it’s not just the hospital that’s costing us more. The maintenance budget for the new P3 schools is four times larger per school than the budget for existing schools, and a recent CCPA report found that public sector workers are relied on to address many of the contract deficiencies.

The Sask Party’s decision to use P3s fails to recognize that the risk of shoddy workmanship and delays are always borne by the users of the infrastructure – the public.

The Sask Party has been promising significant investments in new hospitals, schools, and health centres if re-elected. We can’t afford a government that insists on behaving in a financially irresponsible manner by outsourcing the financing and maintenance of our public infrastructure for private profit and public loss.

On election day, public service voters can, and will, hold them accountable at the ballot box.

Angella MacEwen is the Senior Economist with the Canadian Union of Public Employees. She was raised on her family farm near Rosetown, SK, and now lives in Ottawa, ON.