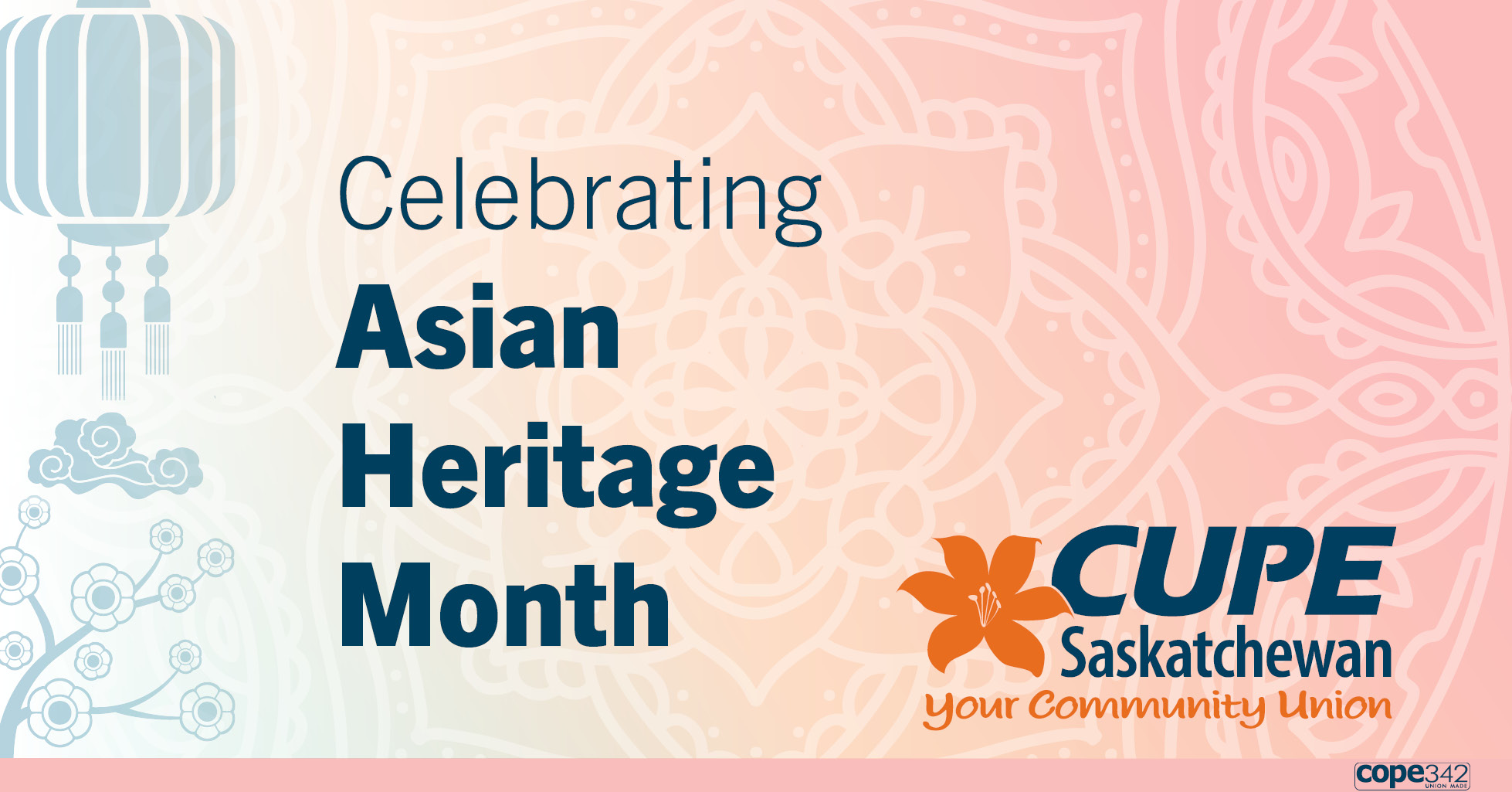 May is Asian Heritage Month, dedicated to recognizing and celebrating the diversity of our communities and within our union of our sisters, brothers and friends whose origins are connected to the many vibrant cultures of East Asia, Southern Asia, Central Asia, Western and Southeast Asia. It is also a time to recommit as fellow union members to the important role of speaking up against racism in our workplaces, online and our home communities.

We reflect on the historic fight for human rights and social justice of Asian communities in Canada who have faced hostile and discriminatory immigration policies, most notably through the Chinese Head Tax, the Chinese Exclusion Act in 1923, and the discrimination reflected by the Komagata Maru incident in 1914 – a ship carrying would-be arrivals mostly from Punjab, India that was refused docking and entry. The denial of full citizenship and the right to vote of most Canadians of Asian origin until 1949, Japanese internment during the second world war, and the many deaths of workers in the building of the Canadian Pacific Railway of Chinese heritage are but some of the many historical harms domestically in Canada.

We also recognize the historic activism and resilience of the Asian community, including in Saskatchewan, where in 1924 a Regina resident and restaurant owner Clun Yee challenged a law that required a licence because of Yee’s race to hire women workers. Saskatchewan later became the first province in Canada under the CCF government (now known as the NDP) led by Tommy Douglas that introduced the first general law prohibiting discrimination based on race with The Saskatchewan Bill of Rights in 1947. These historical struggles and injustices are a reminder of the hurt and pain caused by racial discrimination.

Learn more about these historical events from the following sources:

Though celebrated since the 1990s, Asian Heritage Month was official declared by the Government of Canada in May 2002 following the adoption of a motion introduced in December 2001 by Senator Vivienne Poy, an accomplished Canadian of Asian heritage and first Canadian senator of Asian ancestry.

As May draws to a close, let’s continue to celebrate our collective diversity and support one another to build workplaces and communities that are fair, equal and inclusive for everyone.