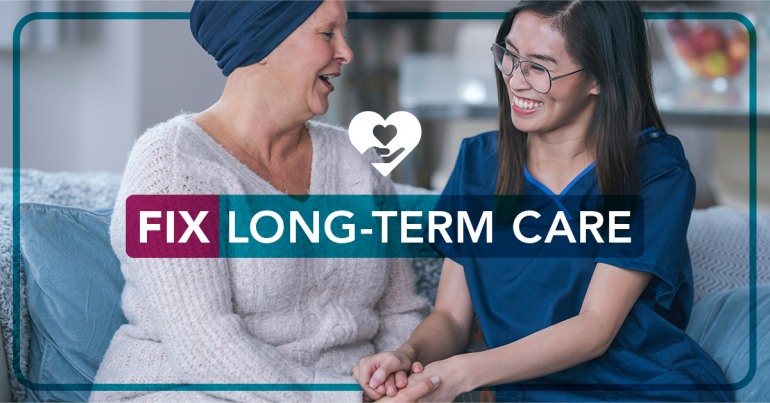 The COVID-19 pandemic has highlighted and exacerbated the crisis that has been affecting long-term care for years. Decades of underfunding, understaffing, poor working conditions, high levels of violence, and a focus on profits over quality care have eroded Canada’s system of long-term care to the breaking point, leaving us tragically unprepared to protect the lives of our most vulnerable. Four out of five COVID-19-related deaths in Canada have either been residents or staff of a long-term care home – the highest proportion in the world.

“The impacts of this crisis on residents, workers, family members, and loved ones are devastating,” said CUPE National President Mark Hancock. “We’re calling on the federal government to do everything in its power to ensure this never happens again.”

CUPE is demanding the federal government lead the way by making long-term care an accessible, publicly funded, and universal health care service – like visiting a hospital or a family doctor. The union is also calling for national standards to make sure the needs of residents are being met, and for a dramatic increase in the number of long-term care beds and staff to ensure access and quality of care.

CUPE’s campaign will bring the stories of frontline workers in the long-term care sector into the public eye and bring together the growing number of voices across Canada demanding reform. People interested in getting involved and adding their voice to the campaign can visit: FixLongTermCare.ca.