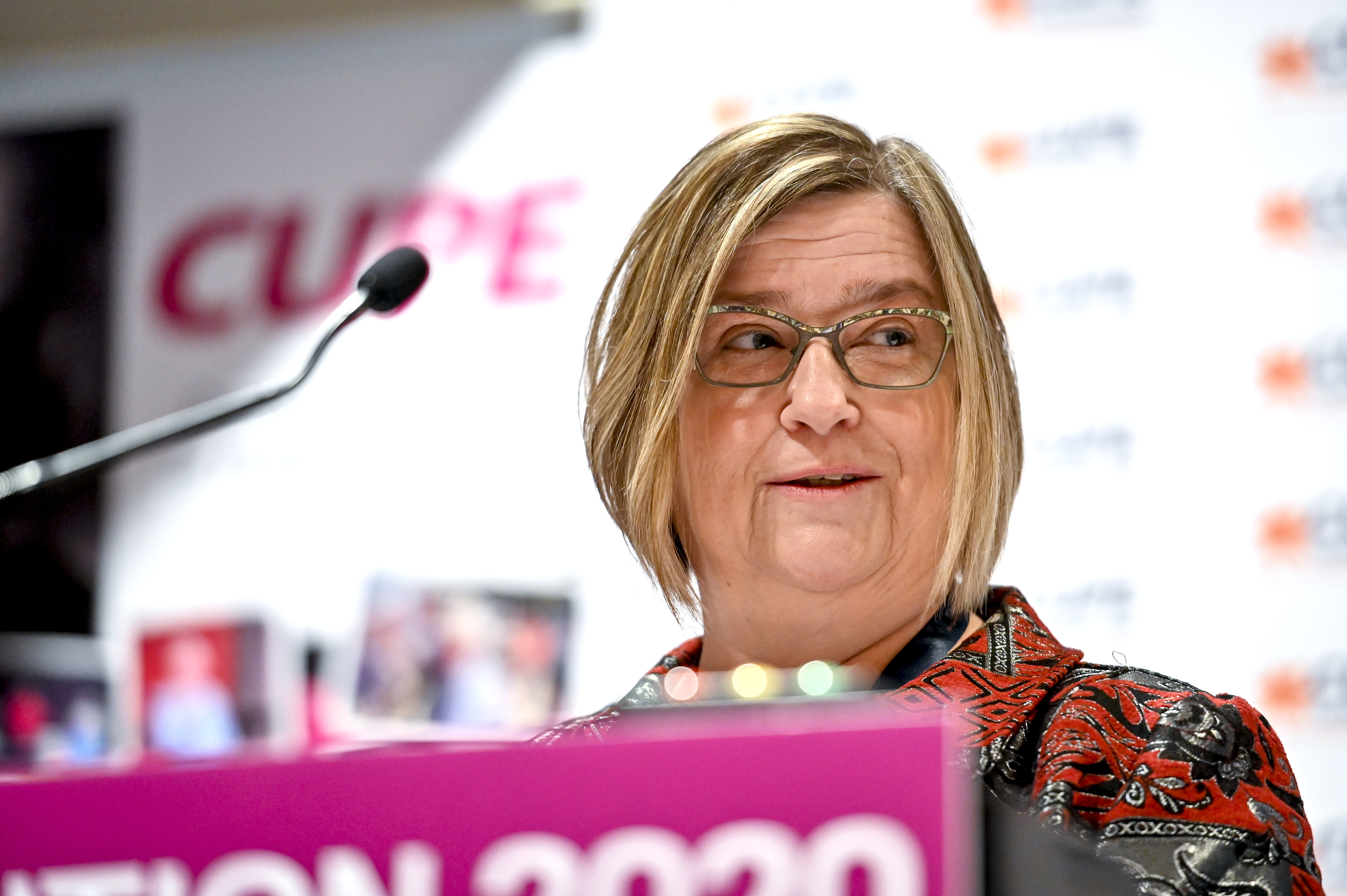 Judy Henley, a health care worker and member of CUPE Local 5430 from Melville, Saskatchewan, has been elected as the new president of CUPE Saskatchewan.

Henley has been active in CUPE since 1985. In that time, she has served in many leadership roles within CUPE at the local, provincial, and national levels. Since 2000, Henley has served as secretary-treasurer of CUPE Saskatchewan. Driven by a passion for the rights of workers to retire with dignity and her conviction that all workers should have access to good benefits and injury compensation, Judy remains an active member of the CUPE Local 5430 Pension and Benefits Committee and subcommittees with the employer.

“I am humbled by the support. I will be working hard to represent our members,” said Henley as she accepted her new role.

“I would like to thank Tom for his years of service,” said Henley. “When CUPE fights to protect our services, it’s not just about our jobs, it’s about protecting the services and the livelihood of our communities. Tom has made us stronger in that fight.”

Delegates also elected a new secretary-treasurer, Kent Peterson, president of CUPE Local 4828. Peterson has a long history of activism with in the labour movement, LGBTQ+ community, and other progressive movements. Peterson has served on the CUPE Saskatchewan executive since 2015.