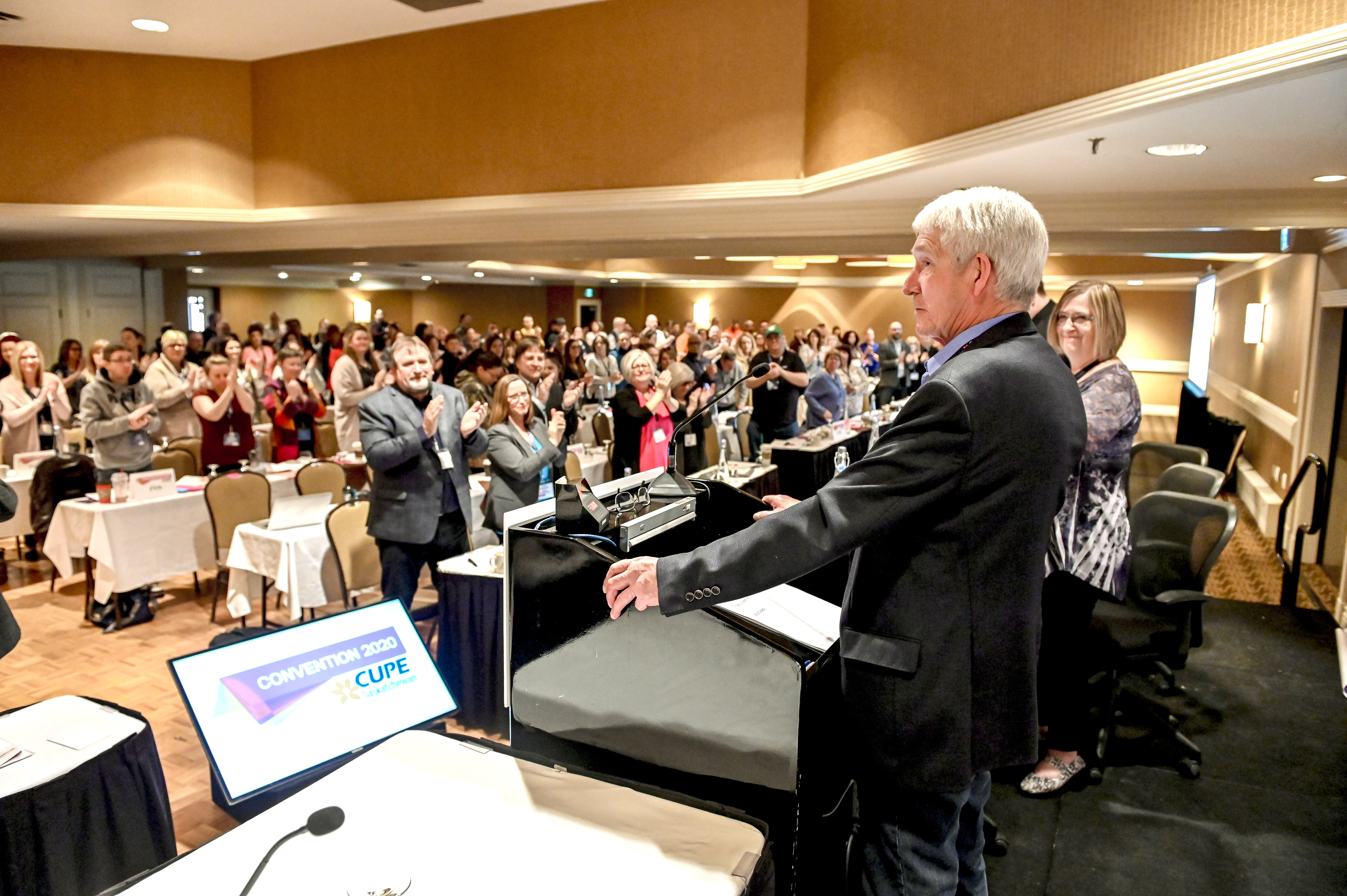 “We can make a difference in our workplaces and our world by standing together,” said Tom Graham in his final report to delegates at the annual convention of the Saskatchewan Division of the Canadian Union of Public Employees being held in Saskatoon. Graham’s retirement announcement was feted with applause and recognition for his dedicated leadership by delegates and guests.

Tom Graham first became involved in CUPE in 1979 when he was hired by the City of Saskatoon Sign and Paint Shop. He was elected President of CUPE Local 859 (Saskatoon Municipal Workers) from 1996 – 2004 and served as the union’s provincial president since 1998. Tom also served several successive terms as a National General Vice-President and Regional Vice-President of CUPE.

A staunch defender of public services, Tom has worked tirelessly to advocate for CUPE members and the services they provide. In recognition, Tom was presented with CUPE Saskatchewan’s Activist Award by Mark Hancock, CUPE’s National President.

“Your voice on our national executive board has been really valuable to all of us,” said Hancock. “I am pleased to present you with this award for outstanding contributions to our union and the community.”

Charles Fleury, CUPE national secretary-treasurer, presented Tom with a certificate of service on behalf of CUPE’s national executive board.

“You have brought so much to CUPE, and we all want to thank you for that,” said Fleury.

The CUPE Municipal Employees’ Steering Committee and CUPE Local 859 also presented Tom with a plaque in recognition of his years of service.

“We wanted to say that your knowledge and dedication were inspiring. You really taught us valuable lessons in unionism as well as in life. We want to thank you for that,” said Rick Sielski, president of the CUPE Municipal Employees’ Steering Committee. “I hope retirement will be even better than you imagined. Congratulations, and all the best to you.”