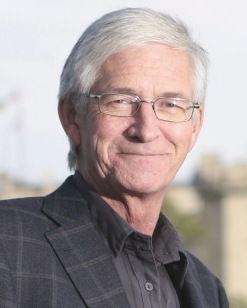 CUPE Saskatchewan is calling on the provincial NDP to follow the lead of the Federal NDP and other provinces by introducing a ban on replacement workers (otherwise referred to as anti-scab legislation) during a lockout or strike.

“When employers are allowed to replace the jobs of their workers during a labour dispute, it creates an imbalance in the collective bargaining system that gives an unfair advantage to employers by allowing bosses to avoid negotiating,” said Tom Graham, President of CUPE Saskatchewan. “The Co-op Refinery dispute is a clear example of an employer that locks-out its own employees and spends more time, money and effort flying in scabs by helicopter to lengthen and escalate the dispute they created then actually getting back to the table to negotiate with their own workers. Why should employers be allowed to replace the very workers they are legally obligated to negotiate with?” questioned Graham.

CUPE Saskatchewan is encouraged the provincial NDP is open to consultations, but more needs to be done to support the ability of workers and their unions to negotiate fairly with deep-pocketed employers by banning scabs.

“Despite some common misconceptions, a strike is not an action taken lightly and it is the last tool or resort to put pressure on an employer. And a lockout, which has a similar effect, is used by employers to pressure the union’s members. When employers are allowed to hire replacement workers and face little pressure to get back to the bargaining table, the notion of balance does not exist. If bosses are allowed to replace their workforce during a dispute, it undermines significantly the constitutional right of working people to stand together and strive for fair wages and working conditions,” said Graham.

CUPE believes it’s time for the Government of Saskatchewan, and its Ministry of Labour Relations and Workplace Safety, to recognize that balance in our province’s labour law does not exist when employers are allowed to hire scabs. Furthermore, the government’s original amendments to The Trade Union Act back in 2008 which shifted the balance in favour of employers over workers and now form part of The Saskatchewan Employment Act should be reversed if real balance is ever to be achieved.