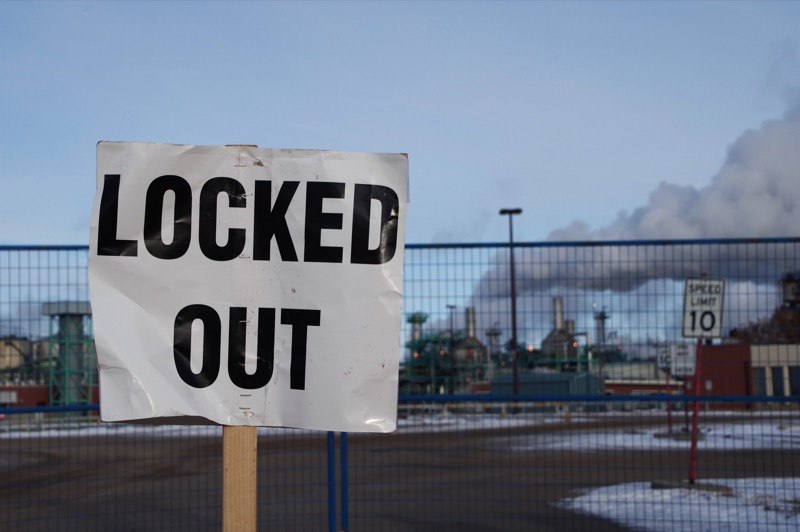 Members are encouraged to join the Solidarity Rally on January 22, 2020, at 12:30 p.m. in front of Gate 7 at the Co-op Refinery in Regina to bolster the picket line and to demand Co-op get back to the bargaining table!

“The Co-op Refinery is giving a black eye to Co-ops across Saskatchewan by locking out their workers and demanding unnecessary cuts when the company already makes huge profits,” said Tom Graham, President of CUPE Saskatchewan. “Everyone knows that the Co-op Refinery is to blame for this dispute with their unwillingness to get back to the table and bargain a fair deal with their workers. Unifor Local 594 members have the support of CUPE Saskatchewan in their fight against concessions and defending their rights to protest corporate greed.”

CUPE members are encouraged to join a Solidarity Rally on Wednesday, January 22, 2020, beginning at 12:30 p.m. in front of Gate 7 at the Co-op Refinery Complex in Regina on Fleet Street, North of McDonald Street. Mark Hancock, CUPE National President, and Tom Graham, President of CUPE Saskatchewan, will be joined on Wednesday by CUPE members to bolster the picket line and show support for Unifor Local 594. Solidarity rallies are also being called today on the picket line at 12:30 p.m. and 5:00 p.m. in front of the Co-op Refinery Complex.

“Yesterday we saw the Regina Police Service take the extreme action to unfortunately escalate the situation with arrests of union officials on a picket line caused by the lockout imposed by management of the Co-op Refinery. Instead of arresting workers, the police should be urging calm and respecting workers’ rights,” added Graham.

CUPE Saskatchewan urges the Co-op Refinery Complex to get back to the table, drop the concessions, and negotiate a fair deal with their workers.

Each and every Co-op member is asked to write their Co-op Board to call for the Co-op Refinery to end the unnecessary lockout and stop giving the Co-op brand a black eye.