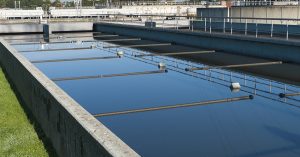 Members of CUPE Local 7667, workers at Regina’s P3 wastewater treatment facility, have voted with a 69% majority to reject the latest offer.

Since the wastewater treatment facility transferred operations from the jurisdiction of the City of Regina to the private contractor EPCOR, staffing levels have decreased and the workload for members has increased.

The Local 7667 bargaining committee has met four times with the employer since July 2019 and has been fighting for a fair collective agreement for our members.

“This round of bargaining has been challenging,” said CUPE National Representative, Dave Stevenson. “We have tried to advance the members’ concerns regarding wages, benefits, and balance of family and work life though different shift patterns. The employer has refused to accept any of the union’s proposals. Despite sharing these concerns with them in our most recent member survey, they say the company is not interested.”

The employer continues to insist on having a two-tier pay structure for operators, which they are calling a developmental rate. The monetary settlement EPCOR is proposing for Regina workers is below what the company’s employees in Alberta received for the same time period.

“Our members deserve a fair and equitable agreement. We don’t deserve a second-rate offer,” said Stevenson. “We will continue to advance our members concerns at the bargaining table.”