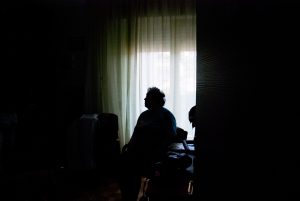 Members of the Canadian Union of Public Employees are raising alarm bells about the latest reorganization at Pioneer Village.

On November 25, 2019, CUPE representatives were in attendance as the Saskatchewan Health Authority (SHA) met with Regina Pioneer Village (RPV) employees affected by the notice of workplace reorganization. During this presentation, SHA disclosed that there will be a reduction in beds and consolidation of programs due to the serious nature of mold found in the facility.

“At this point it is unclear where the government plans to move residents, and what the impact will be on our members,” said Sandra Seitz, president of CUPE Local 5430. “CUPE remains committed to supporting our members, and advocating for residents, during this difficult time.”

Though the Saskatchewan Health Authority initiated the request for proposals for replacing services at Pioneer Village earlier this year, the union has been told the future of the facility has not yet been decided. The interim plan outlines the closure of infrastructure for the RPV Hostel, and units 2 East and 3 West, on a permanent basis. This will reduce the facility to, at most, 137 beds and will require some residents to move internally or transfer to another care home. The residents most affected are those who are most vulnerable, causing concern for how this reorganization will impact the well-being of the residents.

“This is the second incident this year of service reduction due to the serious health and safety risks from mold,” said Sandra Seitz, president of CUPE 5430. “CUPE is concerned that lack of clear timelines and a concrete plan at Pioneer Village is indicative of the need for a province wide strategy to repair aging health care facilities.”
Demographic trends predict a need for more long-term residential care capacity, as the proportion of Saskatchewan residents over 65 years old is growing rapidly. The Conference Board of Canada conservatively estimates that Saskatchewan will require an additional 4,648 LTC beds by 2035, in order to address changing demographics. Despite this, the number of long-term care beds in Saskatchewan has dropped from 9,240 in 2001 to 8,517 beds in 2018.

“The Government of Saskatchewan needs to put a plan in place to deal with this issue at Pioneer Village, and across the province, before more seniors and residents are forced to move,” added Seitz.

CUPE 5430 represents over 13,000 health care workers across Saskatchewan. CUPE will continue to advocate for our members’ job security, their health and safety and for public health care.