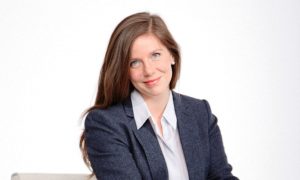 Legal Aid Saskatchewan staff lawyer and CUPE Local 1949 Vice-President, Meara Conway, has received professional recognition for her contributions to community advocacy as Canadian Lawyer’s Top 25 Most Influential in 2019, in the Government/Non-profits/Associations category.

The Top 25 Most Influential list is published annually by Canadian Lawyer magazine for the past 10 years. This year’s Top 25 Most Influential were chosen from among 149 nominees and determined by the votes of more than 6,000 lawyers across the country. The list highlights lawyers who have made an impact over the past 18 months to either influence public opinion, earn the respect of their peers or contribute to the strength and quality of legal services.

Conway received recognition for her role as counsel for Indigenous activists involved in the Justice for Our Stolen Children Camp, which had set up a teepee at the Saskatchewan Provincial Legislature in response to the acquittals in the cases concerning the deaths of Colten Boushie and Tina Fontaine. Conway was also recognized for her outspoken advocacy against cuts to legal aid in Saskatchewan and the rights of prison inmates.

CUPE Saskatchewan congratulates Meara Conway and applauds her ongoing commitment to social justice and the union.