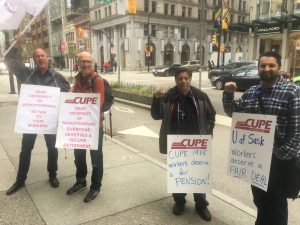 VANCOUVER: Peter Stoicheff, president of the University of Saskatchewan, was greeted with surprise information pickets in support of CUPE Local 1975 at recent alumni events in Victoria and Vancouver.

The two events were organized by CUPE members and activists. Activists handed out information about the labour dispute and talked to attendees about the issues facing the local.

“One of CUPE’s greatest strengths is the solidarity we share beyond provincial and sector boundaries. It means a lot to our members to see activists from across the country standing with us,” said Craig Hannah, president of CUPE Local 1975. “I hope it sends a strong message to the University of Saskatchewan: When you take on CUPE Local 1975, you take on CUPE’s 680,000 members across the country.”

The University of Saskatchewan is pushing a three year wage freeze and wants to dismantle the local’s secure defined benefit pension plan and replace it with either a defined contribution or target benefit plan. CUPE Local 1975 has a strong strike mandate from its members and will be in a legal strike position upon the conclusion of a labour board hearing on essential services.

“It is important that we stand with our brothers, sisters, and friends at CUPE 1975 in their fight to protect their pension,” Sarah Bjorknas, member of the CUPE National Pension Committee. “All workers deserve a secure retirement. Their fight is our fight, and we will support them every step of the way.”

“As a worker at the University of Victoria, we understand the importance of standing together to fight against wage freezes and attacks on pension plans. The fight to protect defined benefit pension plans are one of our most important fights we face,” said Kirk Mercer, CUPE Local 951 vice-president and Vancouver Island regional vice-president for CUPE BC.

Learn more, and join the fight at www.cupe1975.ca 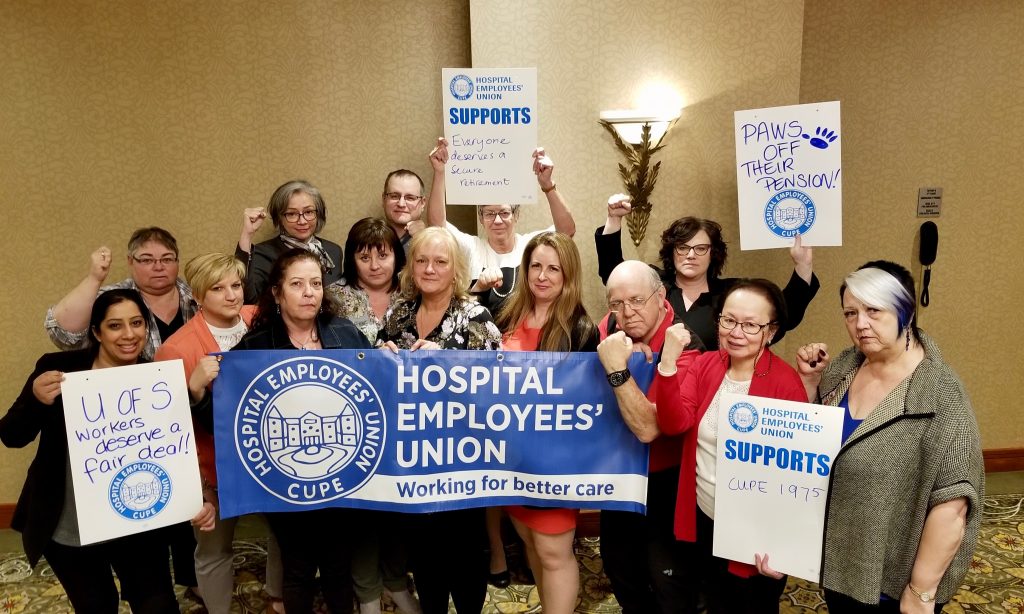 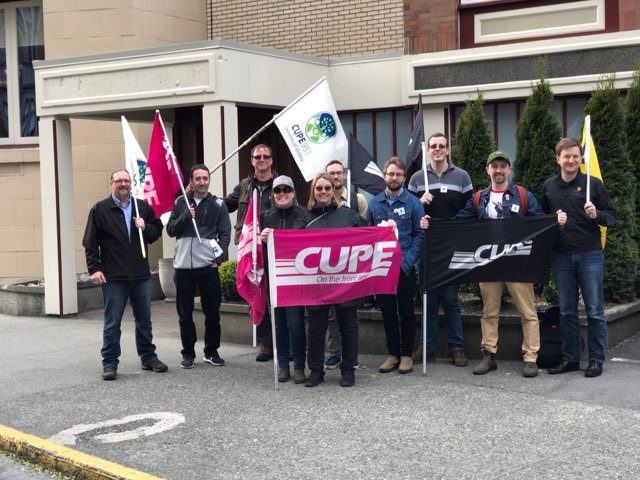