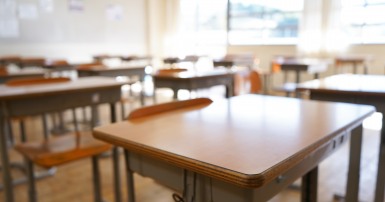 The decision by Regina and Saskatoon Public Board Trustees to give themselves hefty raises, while at the same time presiding over budget cuts to education, is completely unacceptable, according to the Chairperson of the CUPE Saskatchewan Education Workers Steering Committee (EWSC).

“The timing of the raises couldn’t be worse”, says Jackie Christianson, Chairperson of the CUPE SK EWSC. “We have watched tens of millions of dollars cut from our classrooms at a time when thousands of new students have entered the system. For them to vote so easily on a big pay raise while at the same time freezing teachers’ and support workers’ wages and asking them to wait two years for a tiny raise shows a lack of respect.”

“Voting to give yourself a raise while asking everyone else to sacrifice puts the quality of education at risk,” says Christianson. “In this single action, the trustees have made it more difficult to hire and retain quality teachers and support workers. In the end it is our children who will pay the price.”

Support workers and teachers have already shown respect for the negotiation process, but now see themselves as once again being asked to sacrifice their future by bearing the brunt of budget cuts.

The Education Workers Steering Committee is calling on the government to address the issue of trustee raises, and make sure that everyone dedicated to ensuring Saskatchewan students get the best quality education possible, be treated fairly and with respect.