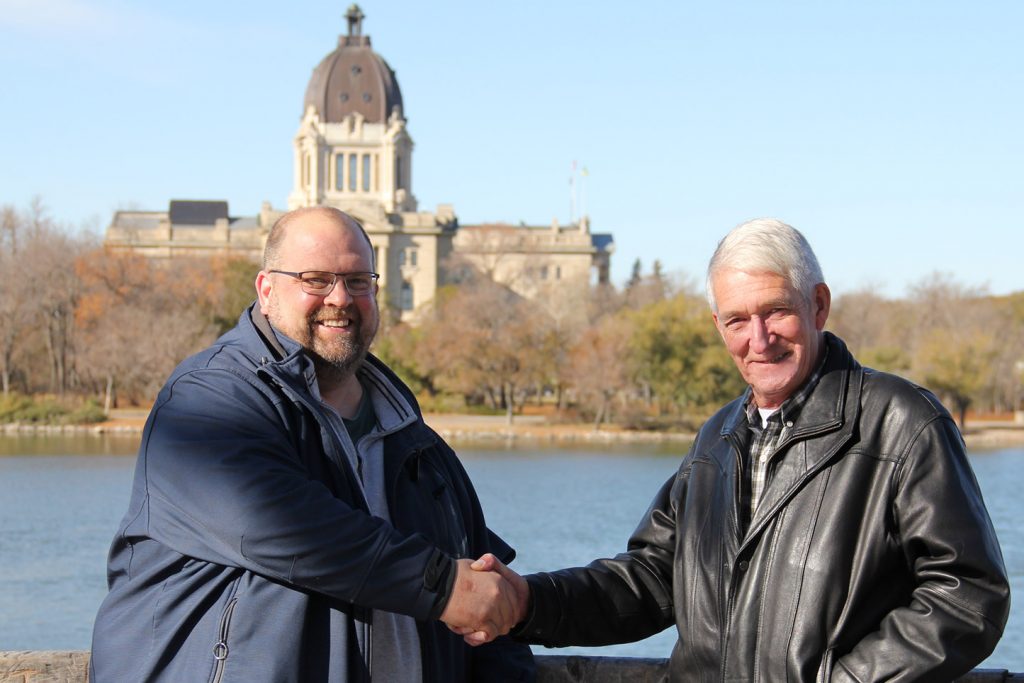 Colin Byas, candidate for Secretary-Treasurer of the Saskatchewan Federation of Labour (SFL), has received the endorsement of the Executive Board of CUPE Saskatchewan ahead of elections to be held at the upcoming SFL Convention in Regina on October 24 – 27, 2018, at Queensbury Convention Centre, Evraz Place.

“Colin’s years of experience in the labour movement, his commitment to community involvement, his experience as a union Treasurer and Trustee, and his understanding of labour law and collective agreements make him an ideal candidate for Secretary-Treasurer of the SFL,” said Tom Graham, President of CUPE Saskatchewan.

Colin Byas began his involvement in the labour movement by organizing his workplace as a community housing worker to join a union in 1997. Since then, he has held several elected labour leadership positions including chief shop steward, chair of a bargaining committee, local union president, treasurer of a local union and sector, and a local union trustee. Byas is a proud member of CUPE Local 3761 and works as a staff member in the role of a union representative.

For delegates from CUPE Local Unions attending the SFL Convention, the CUPE caucus will be held on Wednesday, October 24, 2018 at Noon, Room 3. (Delegates are advised to bring their lunch from the buffet line to the caucus room.) 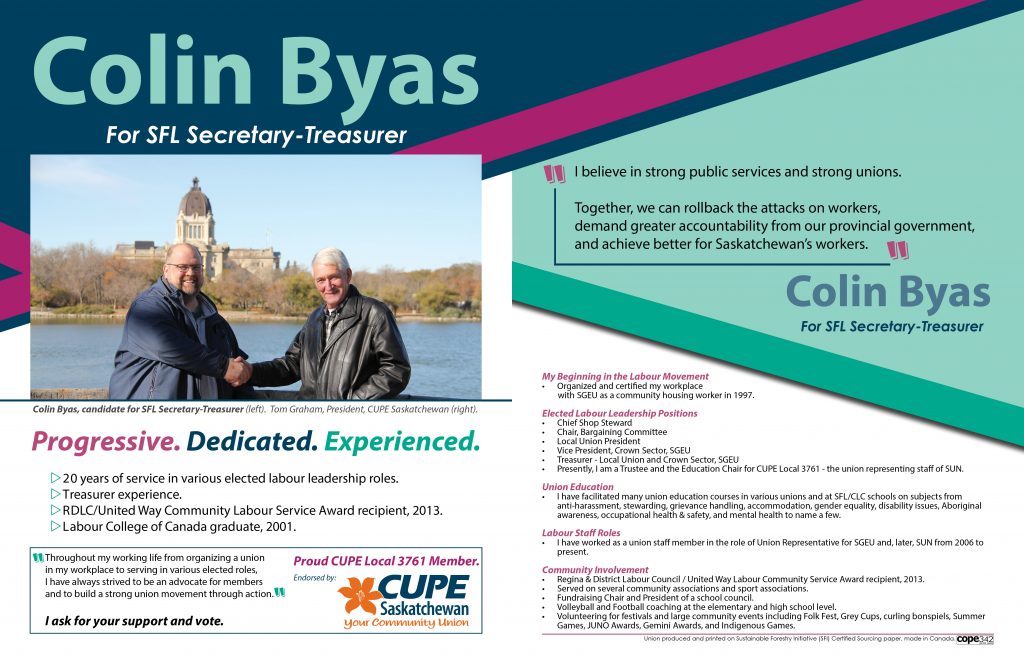