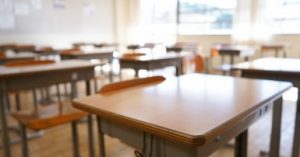 The two-year agreement includes a lump sum payment of 1% for 2016 and a wage increase of 1% for 2017. Further gains in the agreement include an additional day for family illness, increased use of personal days, and new language addressing violence in the work place as well as expanded occupational health and safety language and better layoff provisions. Total monetary increases are estimated to be +3.32% over two years.

“In spite of the government’s wage mandate, we were able to reject concessions and bargain forward for our members,” says Local 4689 President Jeannie Taylor. “Both sides were very respectful throughout negotiations and we had a productive round of bargaining. Considering the circumstances, we are proud of the deal we presented to the membership.”

Almost 4,600 of the 7,000 CUPE education support workers across Saskatchewan have open collective agreements and are currently in bargaining or will be at the negotiating table in 2018. CUPE represents educational assistants, caretakers, administrative and library assistants, bus drivers, and many other classifications.

“CUPE has a national policy against concessions. We held our ground and benefited from a respectful negotiating party across the table,” says CUPE National Representative Don Moran.

CUPE is the largest union in Canada and in Saskatchewan. Of the 30,000 workers represented by CUPE in Saskatchewan, more than 25,000 currently have open collective agreements.