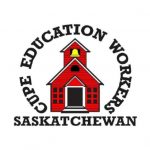 The conference will focus on stress in the workplace, under staffing, cuts to education and how it affects the public.