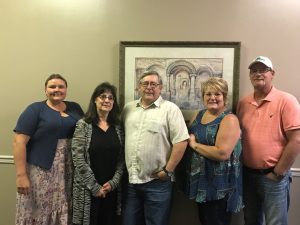 Saskatchewan’s five CUPE health care locals will be merging into one CUPE provincial health union of over 13,600 members.

Local 5111 (Prairie North Health Region) supported the merger with 84 percent voting in favour on August 3. The previous day, CUPE Local 4777 (Prince Albert Parkland Health Region) voted with a 96 per cent majority to merge with other health care locals in the province.

CUPE Local 5999 (Sun Country Health Region) was first out of the gate in holding its merger vote. The merger resolution was approved June 28 with 88 per cent of members voting yes.

“I’m very pleased with the strong support for the merger and the high level of participation of members in this process,” says Sandra Seitz, president of the CUPE Health Care Council.

“Members choosing to merge together as one provincial union will strengthen our solidarity in our future challenges as CUPE health care providers.”

One of those challenges will be the launch of the new Saskatchewan Health Authority, which will replace the 12 existing health regions sometime this fall.

“Now that we will be working with one employer, merging into one provincial union local will provide CUPE with the opportunity to ensure that our collective agreement along with employer policies are applied consistently throughout our workplaces,” says Seitz.

With the approval of the merger resolutions, the focus now turns to developing draft bylaws for the new Saskatchewan CUPE Provincial Union of Health Care Workers. Representatives from each of the five health locals are meeting this week to carry out this task.

A founding meeting of the provincial union will be held September 13, 2017 in Regina. Delegates attending the founding meeting will approve an interim executive board and review the draft bylaws.

Until these new bylaws are approved and CUPE’s National Secretary-Treasurer issues a charter for the new merged union, the Executive Boards of the former locals will continue to govern their respective memberships and operate under their current bylaws.

CUPE will continue to keep members updated with further developments regarding the merger as they become available. Learn more at www.cupesaskhcc.ca.