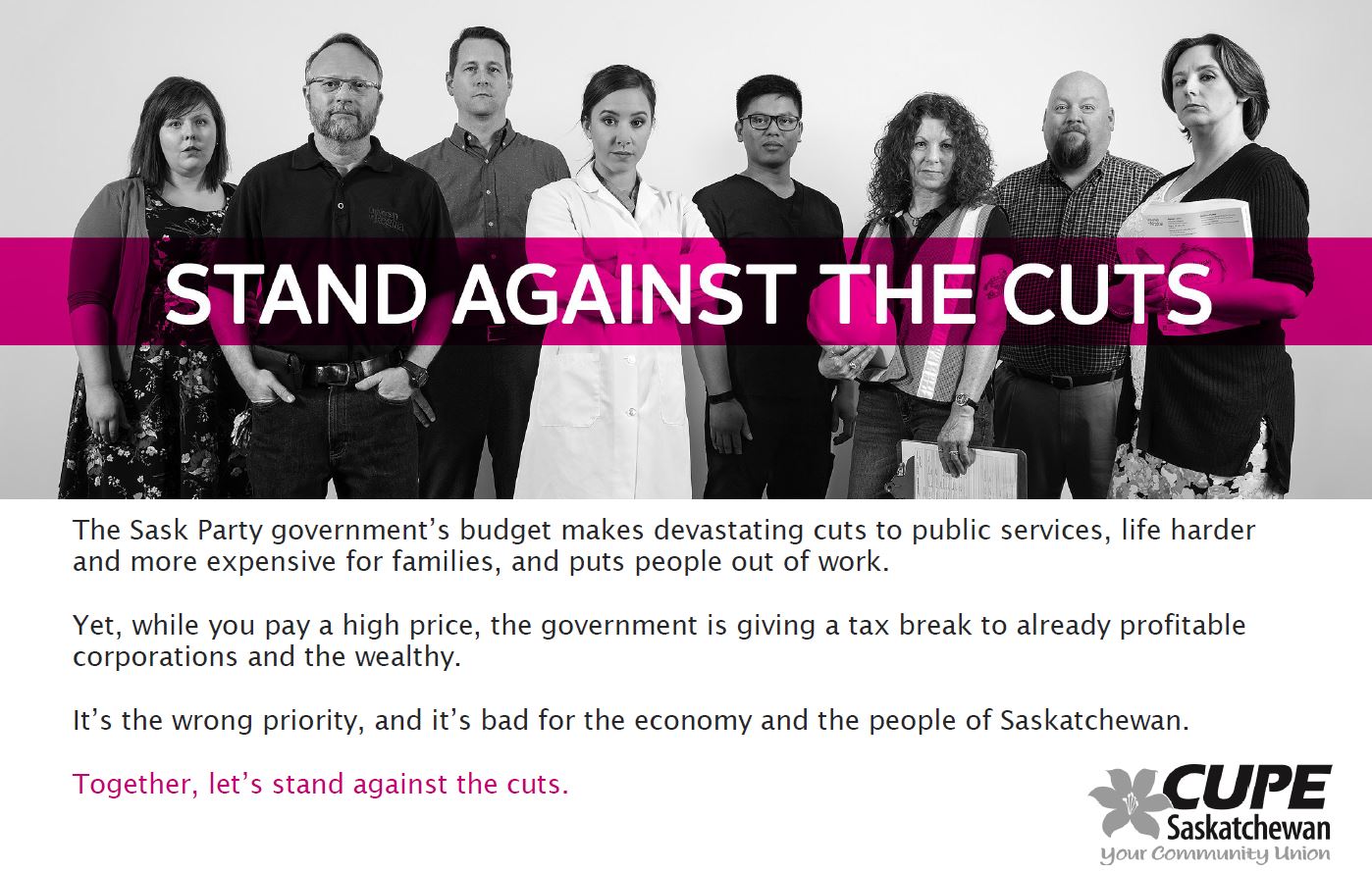 WATCH THE VIDEO: STAND AGAINST THE CUTS

The 2017-18 provincial budget made deep, harmful cuts to public services in Saskatchewan, while cities and towns were also left with big cuts to funding for local services.

Government cuts to the public service hurt everyone.
Join us. Stand against the cuts.

QUICK ACTIONS YOU CAN TAKE:

CUPE is Saskatchewan’s Community Union, and we’re on the frontline delivering and defending public services against cuts in cities and towns across the province.