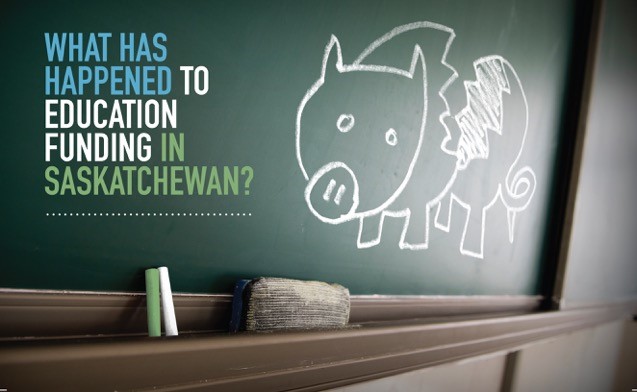 Warman — CUPE Local 4254 has launched a public awareness campaign about the impacts that significant cuts to Prairie Spirit School Division will have on the quality of education and services for our children.

Prairie Spirit School Division is facing a $3 million budget shortfall, which will result in the layoff of at least 60 full time equivalent educational associates.

“These cuts mean less support in the classroom for students who are struggling. With less support for vulnerable students, all students feel the consequences,” said Grace Wudrick, president of CUPE Local 4254. “Children in Saskatchewan deserve better from their government.”

The Saskatchewan Government’s funding formula has resulted in Prairie Spirit being one of the lowest funded in the province – despite the growth in the region. The 2014/15 school year marks the ninth consecutive year of enrollment growth, with over 10,300 students in Pre-Kindergarten to Grade 12. News that the government is refusing to fund the full cost of the pay raise they negotiated with teachers means that Prairie Spirit is facing even more of a financial crush.

“These funding cuts not only hurt students, but layoffs will have a serious impact on workers and their families. We are talking about over 60 families who are losing an income,” said Wudrick. “That means more families in our communities struggling to make ends meet. Some long term employees who have been with the division for ten years or more will no longer have jobs. The division has also eliminated the library assistant positions, resulting in three layoffs, one being a twenty-three year employee.”

The first step of the campaign is a public mail out to over 12,000 homes in the Prairie Spirit School Division catchment area. From there, the local is asking concerned citizens to contact their MLA and Premier Brad Wall.

“Every student deserves access to the classroom support he or she needs. If you are concerned about the impact the funding formula will have on your children, make your voice heard,” said Wudrick.