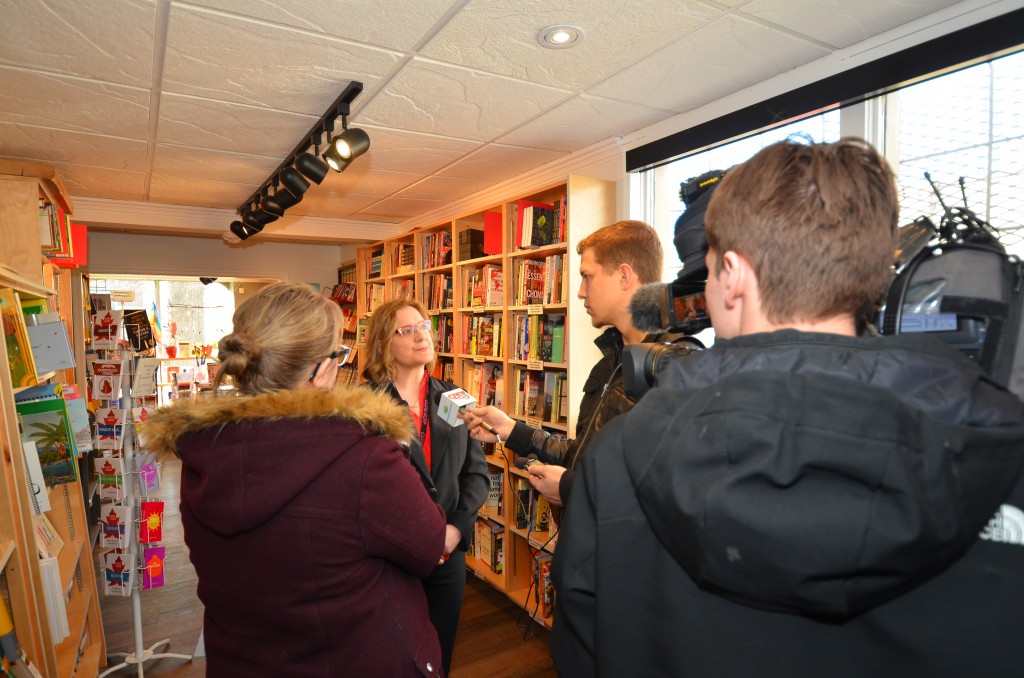 CUPE Local 2669 President Dolores Douglass speaks to reporters at a press conference at The Stand in Saskatoon.

The Saskatoon Public Library is attempting to remove 28 employees with supervisory duties from CUPE Local 2669. It is one of the first employers in the province to aggressively seek to use new provisions under The Saskatchewan Employment Act (SEA), which comes into effect in exactly one month.

The employer has met with members with supervisory duties to inform them they are seeking their removal from the bargaining unit. To this date no details about rationale or details about how this will impact workers have been released.

“Their announcement is creating a lot of stress and uncertainty for our members,” said Dolores Douglas, president of the local. “People are worried about job security, about their benefits and wages and what the future holds.”

Unions and employers have until April 29, 2016 to sign a status quo agreement called an irrevocable election. After that date, and any time in the future, employers may apply to the Labour Relations Board for an order removing supervisors from the bargaining units and unions of their choice of which they have chosen to be a part. Many major employers in the province have already signed irrevocable agreements, including the Ministry of Health, SAHO, and the Government of Saskatchewan.

“This decision is baffling. There is no credible rationale for moving forward with this,” added Douglas. “The library struggles with funding and resourcing as it is – Why is a publicly funded, civic employer wasting time and resources to weaken the bargaining unit and undermine job security?”

“Working people have the right to belong to the union of their choosing. CUPE will fight any employer who moves forward with attempting to exclude supervisory members with every tool in our tool box – including legal avenues,” said Tom Graham, president of CUPE Saskatchewan. “We are in the midst of an election. Any government that wants the support of unionized workers should consider the outcome of our recent charter challenge and immediately repeal the Sask. Party’s regressive labour legislation.”