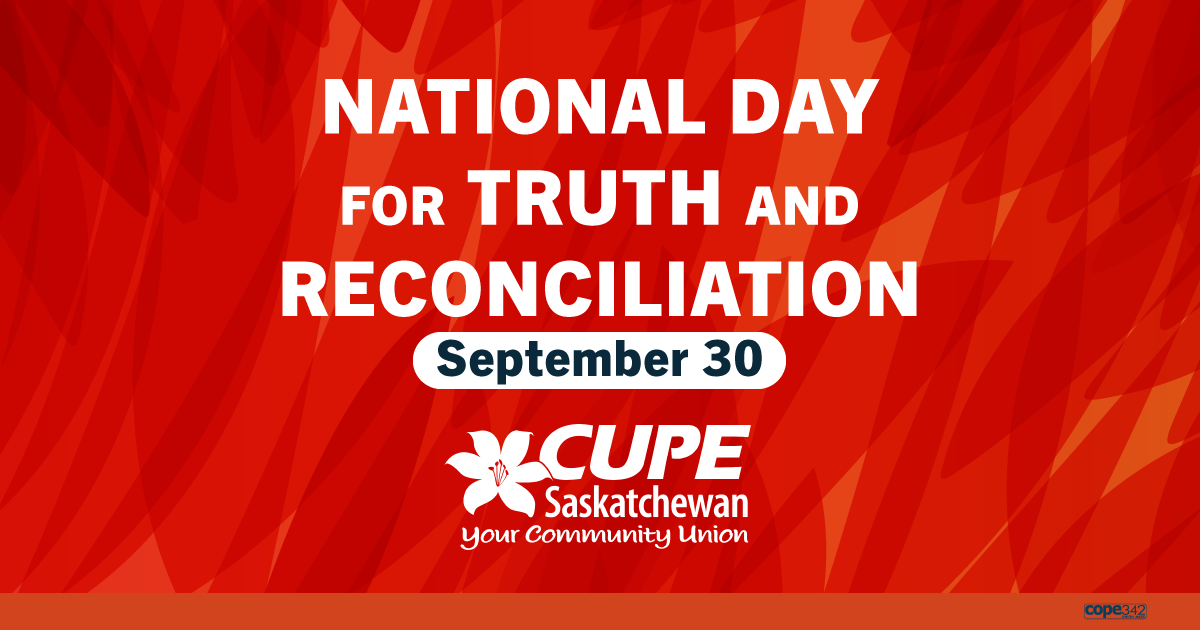 The implementation of a federal statutory holiday to observe September 30 as a National Day for Truth and Reconciliation in Canada on an annual basis is an important part of the reconciliation process. In June of this year, the federal government passed legislation to establish a new statutory holiday in response to Call to Action number 80 of The Truth and Reconciliation Commission of Canada. The date also coincides with Orange Shirt Day – a day which was first observed during the St. Joseph Mission Residential School Commemoration Project in Williams Lake, British Columbia, and an annual day that has grown into a grassroots movement inspired by the story of residential school survivor Phyllis Jack Webstad. As a young girl, Phyllis was given a new orange shirt by her grandmother before being taken to a B.C. residential school. The shirt was confiscated and destroyed by her teacher on the first day of class. The destruction of Phyllis’ shirt has come to symbolize the colonial goal of residential schools to assimilate Indigenous peoples. 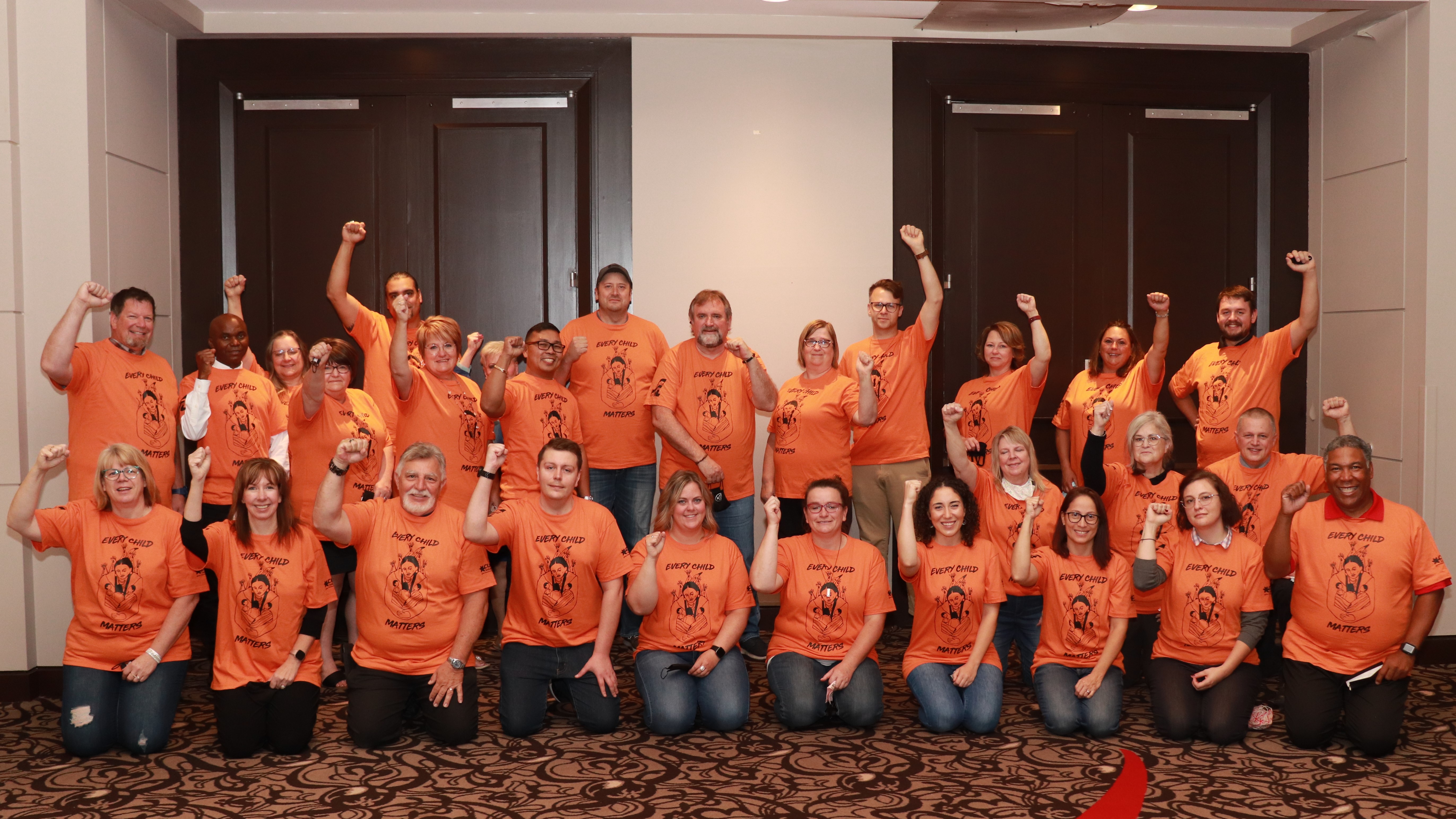 *Note: This picture was taken when no public health orders or restrictions were in effect.* CUPE National President, Mark Hancock (Centre), with CUPE Saskatchewan’s Executive Board and National Staff Representatives.

The recovery of mass and unmarked graves sites at or near the locations of former residential schools continue to be a grim reminder of the painful legacy of violence through colonialism faced by Indigenous Peoples.

On September 30, let’s join together to commemorate, to honour, to build awareness, to demand justice and action to end systemic racism and to end the ongoing harms of colonialism, and to walk the long journey of reconciliation through committed and genuine action.

All CUPE members are encouraged to take part in events of commemoration safely, to take action, and to read the many resources and links to further truth and reconciliation in our union, our workplaces and communities.

Watch the video of the Witness Blanket at the Canadian Museum of Human Rights in Winnipeg: