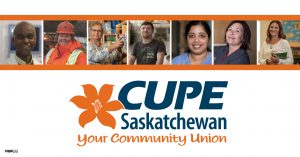 (Weyburn) CUPE Local 90 has ratified a new collective agreement with the City of Weyburn. The Union membership voted 90 per cent in favour of ratification.

“The Union was adamant throughout bargaining that they would not accept concessions, and we did not back down on that,” said Sherri Blackburn, President of CUPE Local 90. “It is unfortunate that it took until mediation for the Employer to realize that the Union was serious about not accepting the Employer’s concessions.”

The ratified agreement contains no concessions, and includes a wage increase of 1%, 1.5%, 1.5% and 1.5% over the four years of the deal. All employees currently employed shall receive retro pay back to January 1, 2017.

“The Union is pleased to be finished this long round of negotiations, and we are looking forward to re-building the relationship with the Employer,” said Blackburn.