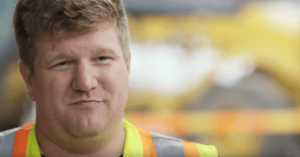 Every summer road crews are out across Saskatchewan working hard to build and maintain public infrastructure. These workers are often at risk from motorists who do not obey the rules of the road.

The City of Saskatoon has launched a campaign to highlight the risks drivers pose to work crews throughout the city. The Respect Workzone campaign features interviews with three members of CUPE 859, who represent outside workers with the City of Saskatoon.

CUPE 859 is proud to stand behind these members and the City’s campaign.

“Every day CUPE 859 members work hard to provide valuable public services for the people of Saskatoon. We are pleased to play a role in the Respect Workzone campaign as health and safety is an essential part of our everyday work,” said Mike Stefiuk, President of CUPE 859.

“We remind drivers to please slow down and respect the work we do and the Workzones we do it in. One injury in the workplace is one too many and we all play a role in keeping everyone safe.”