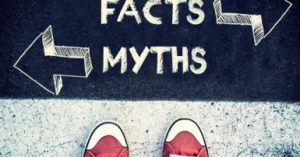 A new report from CUPE senior economist Toby Sanger entitled ‘Debunking the Deficit’ challenges the Sask Party government’s declaration of a fiscal crisis. CUPE released this report with a presentation at their convention in Regina.

“Putting the province’s current deficit in perspective makes it clear that, while its fiscal situation has worsened in recent years under Premier Wall, Saskatchewan certainly isn’t in or anywhere near a fiscal or deficit crisis,” said Sanger. “In fact, Saskatchewan could achieve a balanced budget in a few years without taking any drastic actions, which could further harm the economy.”

“Balancing the budget through cuts to public services and on the backs of public sector workers isn’t just unfair, it would be bad for the economy,” Sanger added.

Economic multipliers show that cuts to public spending are much worse for the economy than tax increases would be. Recent reports from the International Monetary Fund and Europe admit that austerity measures created economic hardship for the population but also increased their deficits and debts.

“This report makes it clear that there is no reason to punish workers for the fiscal situation Brad Wall has created,” said Tom Graham, president of CUPE Saskatchewan. “It is bad for families; it is bad for public services and it is bad for the economy.

“With government borrowing rates close to record lows, Saskatchewan’s annual debt payment costs and the ability to pay for this debt (similar to mortgage or loan payments) are also close to record lows as a share of the province’s economy,” said Sanger.

The report also outlines options to increase revenues and put the province’s finances on a firmer, stable and more sustainable foundation for the long-term, which include closing tax loopholes, such as for stock options and capital gains ($85 million+); cracking down on tax evasion and use of tax havens (about $100+ annually); hiking the top income tax rate to 17.5% ($60 million+ annually); restoring education property taxes so they provide at least 40% of school board operating; and revenues ($80 million+ annually).