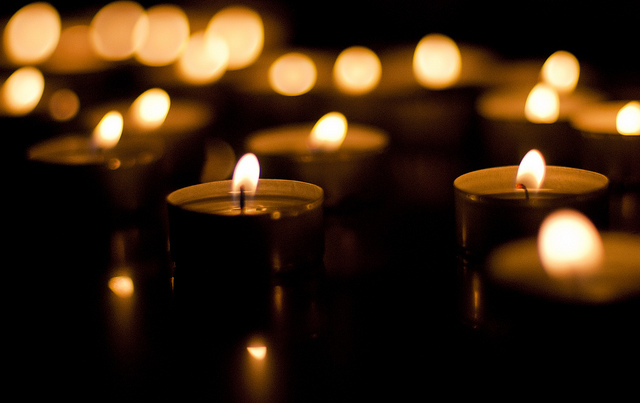 Across Saskatchewan and Canada today people will light candles, don ribbons and remember colleagues, friends and family who have been killed because of workplace-related hazards and incidents. A list of Day of Mourning events today in Saskatchewan can be found HERE. CUPE Saskatchewan will be laying wreaths in ceremonies in Saskatoon, Regina, Moose Jaw, and Yorkton.

We can’t bring back those who have died, but we are working hard to make workplaces safer today. That’s why Canadian unions including CUPE are calling for a national ban on asbestos, a known killer that causes disease, suffering and death — all of it preventable.

It is estimated that more than 2,000 people die every year in Canada from diseases caused by exposure to asbestos, like mesothelioma, lung cancer and asbestosis. It is the number-one cause of occupational death in Canada and since 1996, asbestos-related diseases have accounted for about a third of the workplace deaths recognized by workers’ compensation boards.

Despite this, imports of items that contain asbestos, like brake pads and cement pipes, are on the rise. The lack of a formal registry of buildings known to contain asbestos also adds to the risk of needless exposure. Plans for new spending on infrastructure at all levels of government make it urgent to put a ban in place now to guarantee those projects are asbestos free.

Unions have already made a difference over the past year by reducing the hazards people face when working in confined spaces. They have fostered workplace protections for victims of domestic violence. Recognizing that not all injuries are physical, unions are also taking on the stigma of mental illness and factoring it into what makes a workplace healthy and safe.

Twenty-five years ago, the federal government proclaimed April 28 as the National Day of Mourning for workers injured or killed on the job. This year, Canada can take a giant step forward with a ban on asbestos to make all of our workplaces, homes and public spaces safer and heathier.

Together, let’s work to make it happen.