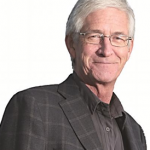 REGINA: In the throne speech setting the agenda for the year ahead, the Government of Saskatchewan announced an expansion of its misguided privatization agenda with promises of more public-private partnerships (P3s), private liquor stores and even possible private sector ownership and control of rural roads. It is an approach that will increase costs for residents and put vital infrastructure and services in the hands of for-profit corporations, warns CUPE Saskatchewan.

“Selling off public infrastructure and services does not make a stronger province,” said Tom Graham, President of CUPE Saskatchewan. “The throne speech made one thing clear – Saskatchewan residents will be left to pay a high price for an expanded privatization agenda.”

Graham pointed to the government’s aggressive P3 expansion with unsubstantiated claims of savings as a particular concern.

“Municipalities should not face pressure from the province to hand over valued community infrastructure to companies looking to make a profit through P3s,” said Graham. “Federal tax dollars used to subsidize P3 deals does not obscure the reality they are proven to be costly mistakes.”

The Premier’s controversial proposal via twitter last week to allow those able to afford private MRI scans to access service more quickly and cause potential poaching of limited technologists from the public system was not referenced in the throne speech.