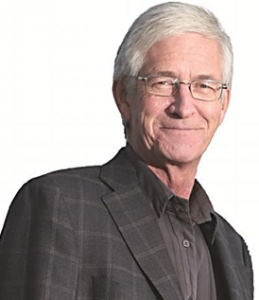 With the provincial budget set to be released later this week, the Canadian Union of Public Employees (CUPE) is calling on the Government of Saskatchewan to scrap costly public-private partnership (P3) privatization schemes and make priority investments in public services including education, child care and long-term care.

“P3 privatization has been proven across Canada to drive up infrastructure costs and Saskatchewan people will be left on the hook to pay for these higher costs and corporate profits that come with P3s,” says Tom Graham, President of CUPE – Saskatchewan.  “If the government is claiming revenues are tight, the most cost-effective decision they could make is to abandon their plan to use P3 privatization and, instead, use traditional public financing to build new schools and other infrastructure.”

After last year’s budget which left school divisions across the province to make further cutbacks to educational assistants and other education support workers, Graham points out that it is time the budget address the inadequate funding for K-12 schools.

“Saskatchewan students should be able to count on having more support for learning.  Yet, there are fewer education support workers in our schools to provide students with one-on-one support,” says Graham.  “The government should be making student learning a priority by doing more to ease school division budget pressures and restore the number of education support workers.”

The education budget crunch extends to the province’s universities.  In Saskatoon, the University of Saskatchewan has laid-off over 250 frontline workers and more layoffs are expected, academic programs are being reduced and students face tuition hikes year over year.  At the University of Regina, tuition is expected to increase again after a five per cent hike last year.

“Government billboards boasting about supposed record investment in post-secondary education do not match the reality that students are left to pay more and are getting less,” says Graham.

Graham also notes that child care and long-term care require increased government investment.  Despite the small increase provided in last year’s budget, child care workers continue to be significantly undervalued with wages falling behind inflation and, at the same time, there are not enough affordable child care spaces available in Saskatchewan.  Long-term care and home care are also under financial strain.  In addition to the ongoing need for more affordable public long-term care beds in communities across Saskatchewan, staff shortages remain a serious concern in government funded facilities.  Furthermore, the government’s review conducted in 2010 revealed that Saskatchewan is substantially under investing in home care with the second lowest per capita spending in the country after Prince Edward Island.