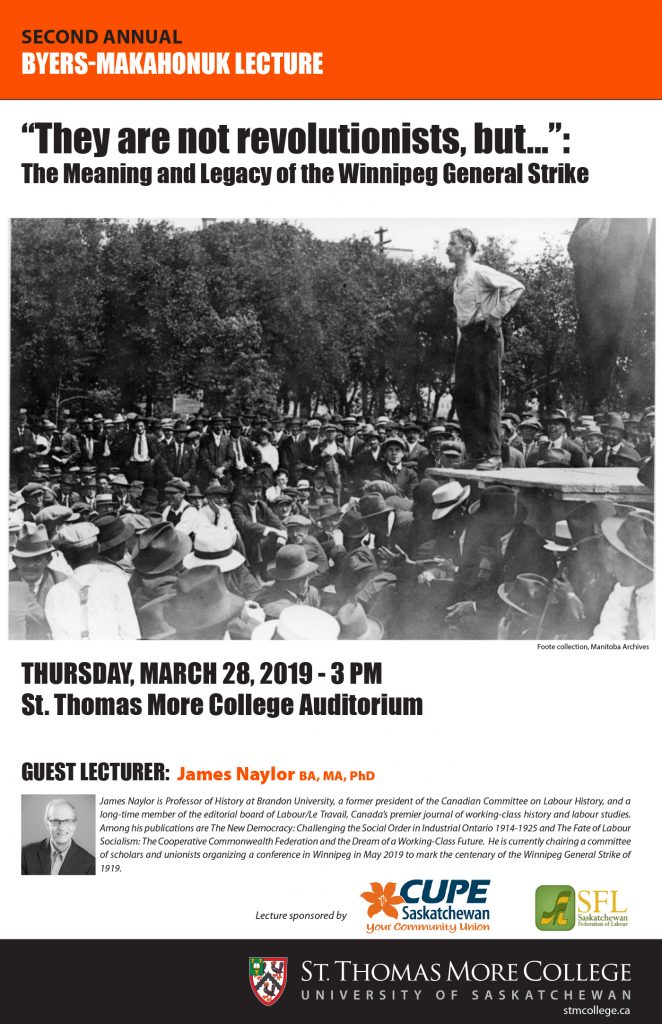 On the centennial of the Winnipeg General Strike, Professor James Naylor (Brandon University) will be discussing the legacy and lasting implications of the strike for workers and activists today.

Event is open to the public and free of charge.