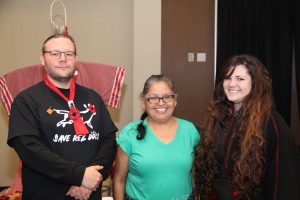 With elections concluded, the membership of the CUPE Saskatchewan Aboriginal Council for 2019 – 2020 term is as follows:

CUPE Saskatchewan’s 19th annual Aboriginal Conference was held on November 7 to 8, 2019 in Regina. The annual conference is open to CUPE members, and members of other unions, with a focus on equality and rights for Indigenous People in our workplaces and communities.