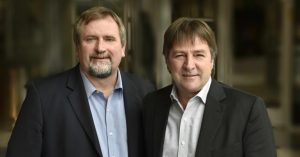 Brother Charles Fleury has been the National Secretary-Treasurer since 2011. Fleury became an active member of CUPE 35 years ago, when he started working for Hydro-Québec.

For delegates of Saskatchewan locals attending the National Convention 2017, the Saskatchewan-Manitoba Caucus will be held on Sunday, October 1, 2017, at 7:00 p.m. in the South Building, Room 717, at the Metro Toronto Convention Centre.